Results of nC Zone Games; any kind of crying or mate-flaming appreciated

Maybe I see it too harsh, but I think it's a immoderate disrespect to write something like that about people in a language which they don't understand so they have no chance to defend themselves or argue. Maybe you're right, and people from Australia have a too high latency to Europe, but if all threads read like "Let's just ban those stupid foreign people without even inform them" I'm just not willing to do anything.
Top 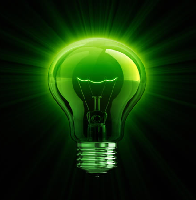 Ah you think lag is your enemy? You merely adopted the lag. I was born in it, molded by it. I didn't see the Userpatch until I was already a man.

To be honest, the lag itself might be "moderate" (had 450 ms ping to him in lobby), but being not used to play under this circumstances and as a result, fucking up half my darkage, adds tilt / titanic potential to an otherwise enjoyable game. Only blaming the lagging player as a result is not fair (even though I also complained about lag after the game).

Since the lag also is consistent (no spikes), one could argue (like ando) to get used to it; in a way that's a different skill that somewhat belongs to the game. It's just a really unfortunate situation